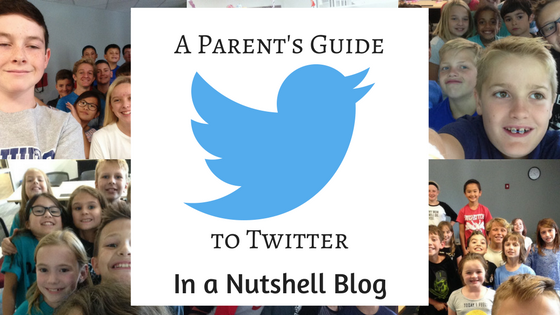 If you have wondered why Twitter is widely used, or just âdonât get itâ, you are not alone. The Pew Research Centerâs Social Media Update in 2016 found that 68% of all US adults used Facebook, while only 21% used Twitter. And most of the adults who do use Twitter fall between the ages of 18-29. Younger social media audiences are moving towards new sites such as Twitter and Instagram, while the rest of us are still using Facebook.

âTwitter is an online social networking and microblogging service that enables users to send and read âtweetsâ, which are text messages limited to 140 characters. Registered users can read and post tweets, but unregistered users can only read them. Users access Twitter through the website interface, SMS, or mobile device app.â

Basically Twitter runs as a mix of your Facebook news feed and text messages, but everything is accessible by search engines (like Google). People post 140-character âTweetsâ that read as a status updates, or can join in on conversations with individuals around the world similar to a text message thread.

Twitter began in 2006, but is now one of the most widely used social media platforms on the planet. According to Statista, as of the second quarter of this year, there are 328 million active users on Twitter each month, penetrating 30.6% of the US social media population. Thereâs an average of 6,000 tweets per second, about 500 million tweets per day, and 200 billion tweets per year. Twitter is not a platform to be ignored.

There is a bit of strange terminology when it comes to Twitter, as it is very platform specific.

Tweet- This is your basic message, whether it is a status update about something in your life or a comment in an ongoing conversation. These are limited to 140 characters (including spaces), typically use hashtags, and can link to web pages or include photos and videos. It is important to note that these are public.

Hashtag- Hashtags are used to link your message with topics that people could be tweeting about from around the world. Sometimes theyâre funny, sometimes serious, and sometimes random. While writing this blog, the trending Hashtags are #WednesdayWisdom, #U2TheJoshuaTree2017, and #NationalPeanutDay. They can really be anything. For Oakhillâs purposes, we will commonly be using the hashtags #ODSLife and #ODS____ (enter class year here).

Reply- Replies are really how conversations can get going. On every tweet, there are four icons below, which indicate the different ways you can interact with the message. The first looks like a chat bubble. This is your reply button! Replies work similar to commenting on a Facebook thread. Whoever owns the tweet you are replying to will receive a notification of your comment, and the thread can continue.

Mention- A mention is any tweet where you are tagging another Twitter account. We have a number of accounts that you can mention, or âtweet atâ, and our accounts often interact with each other. The classroom student account often mentions the main Oakhill page by using @OakhillDay in their tweets. This is a recent tweet by our @ODSTechTastic (the technology teachersâ account):

By using the @ symbol before naming the accounts, both the ODS Techsplorers and Oakhill Day accounts were notified that they were tagged in a tweet by the other user. We were then able to like or reply to the tweet more easily!

Retweet- The second icon under a tweet is for Retweets. A retweet can work in two different ways: quote tweet, or retweet. When selecting âQuote Tweetâ, the original tweet will be shared, along with your own comments. Simply selecting âRetweetâ will share the tweet with your followers without any comments of your own.

Favorite- The heart icon is the third option under each tweet. This is your âlikeâ reaction. This allows you to show your support of a tweet, without directly commenting that you enjoyed it.

Direct Message (DM)- A direct message is a private message sent through Twitter. However, you can only send a message to someone who is following you, and can only receive a message from someone you follow. Although these messages are intended to be private, they can still potentially be read by anyone, and therefore should be treated as public.

Following- Any time you find a Twitter account you like and want to get updates from, you âFollowâ them. These tweets will then show up on your dashboard any time a new one is posted.

Followers- These are the people who are subscribed to your Twitter feed and will receive an update when you send a new tweet.

Protected Tweets- This is the most security Twitter provides for your posts. If you choose to have a Protected Account, only the people you approve to follow you will be able to see your tweets. However, security is not guaranteed and precautions should still be taken by tweets being treated as public.

Now youâre sold on joining Twitter, right? Creating an account is super easy and takes very little time. Hereâs a basic walkthrough of what to expect.

Choose your username. Donât stress out about this too much. You can change it at any time to be anything that you want (as long as itâs not already being used).

Start following people. Twitter will ask you to start with 5 usernames. They can be anything, from our school accounts, your friends, news sites, the list goes on and on. We follow a bunch of education websites, news sources, and local schools to know whatâs going on in the world and in our area. Hereâs a list of our school accounts you may want to follow: @OakhillDay, @OakhillPanthers, @ODSTechsplorers, @ODSTechtastic, @KitchenODS, @AlumniOakhill

Finishing your profile. Twitter will ask you to upload a profile picture and write your bio.

Listen and engage. Watch your stream and see what people are talking about. When youâre ready, start tweeting! Thatâs it!

Now that you know the basics of Twitter, we hope youâll engage with us!