The Morning of May 2 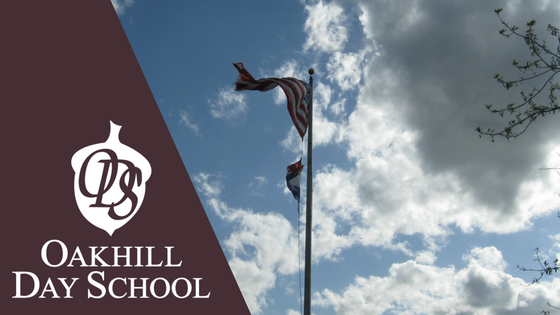 I was entering the home stretch of my first year as a Head of School at Oakhill Day School, and things were going pretty well. To this point, we survived an ISACS Accreditation Visit, launched a Farm to School Lunch Program, celebrated our 60th Anniversary, reconnected and became great friends with the founder of our school, Wanda Lee Kalsu, who was 90 years young. The year was sailing as smooth as a Head of Schoolâs first year possibly could. Then my phone rang.

At 2:42 a.m. on May 2, 2008, I woke to a call from the Facilities Coordinator, âYou should probably get up here,â he said. I jumped out of bed, threw on clothes and headed up to the school. Not sure what to expect, I prepared for best case scenario. There was a storm last night, so there will be a few trees down, maybe a loss of power, no big deal. What I arrived to was a little more than, no big deal. 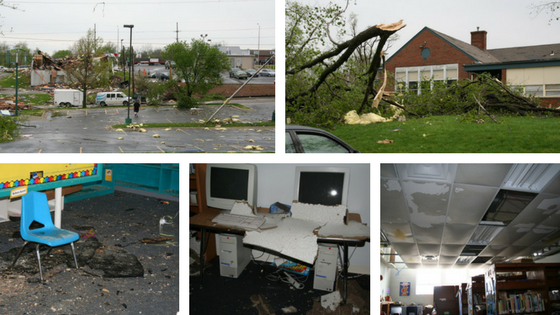 Once the sun came up and I had a chance to quickly assess the damage, I began to call Administration and parents on the Board of Trustees to ask them to come up to the school. I was greeted by members of the Board and staff who were ready to walk through the building with me to thoroughly assess the damage. Imagine multiple HVAC units that weigh over a ton dangling from the roof, trees twisted and splintered like toothpicks, dirty yellow ankle deep water in every hall, rooms with daylight shining in where a roof once was, and booksâ¦ so may books and computers under water and dissolved ceiling tiles. Our building had seen better days. I tried to punt with the teachers, I was reluctant to have them see everything in such disarray, but many came to school anyway.

By the time we were able to get to Kinkoâs for a working computer to deliver the news to our families, many had already seen it on the television. I remember a few 8th-grade students coming up to see if they would still have their dance later that night, even if there were no school. Later that afternoon, we learned that what was initially labeled heavy winds were, in fact, an EF2 tornado that made a path of destruction through our school and through our neighborhood. 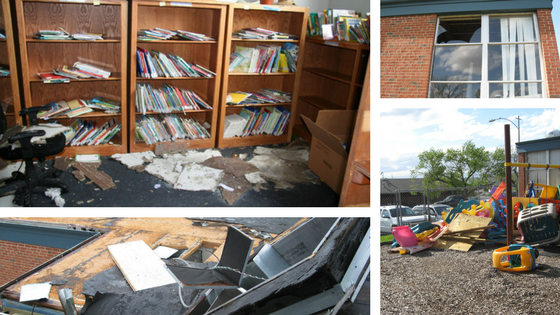 By Monday morning,Oakhill was back in session at Antioch Bible Baptist Church. Thanks to our friends at ABBC, the school year ended with Field Day and Parents' Tea as it usually would, and summer school began. In 109 days,we were back in a revitalized building, ready to start a new school year.

Lessons Learned from the Tornado

In my first year as Head of School at Oakhill, I learned a few things about our community.

When the going gets tough, the Oakhill community gets going.
We had so many parents, students, and alumni calling and driving to the school to lend a hand wherever needed. Did we need food, muscle power, debris removal? There was an overwhelming outpouring of aid from our community. We are a resilient community of individuals who come together at times of need. 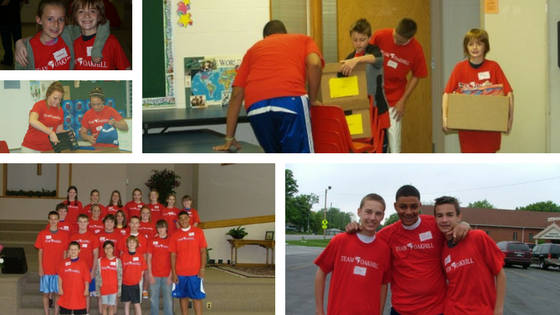 Oakhill alumni provided brunch and extra hands to teachers after the tornado.

It takes more than a tornado to keep Oakhill teachers down.
Keeping teachers away was an impossible task due to the fact they had so much left in their classrooms, like time, materials, and memories. They were ready to help those who experienced the most damage pack and save as much as possible. Hundreds of books needed to be sorted by hand for moisture and they were ready to do it. They wanted the school to keep going for the kids, so they worked hard to pick up where they left off. By Monday morning, they were ready to get back to work.

Unfortunate situations are sometimes an opportunity for good.
As bad as things looked on the morning of May 2, no one could imagine that May 2 would be the catalyst for all of the growth that Oakhill has experienced over the last decade.

Take a look at these numbers: 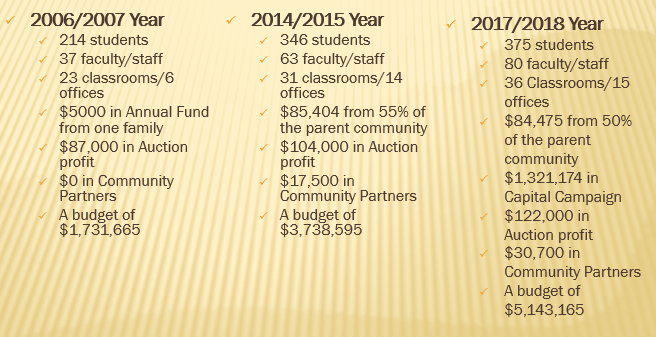 Each year when May 2 rolls around, we reflect on the tornado, but we never dwell on the damage. We reflect on the generosity of our community of neighbors and friends who we can depend on at a time of need. We remember how fortunate we were to be able to rebuild and to keep building, through capital improvements and enrollment. At the end of the next 70 years at Oakhill, I may not be around to see what the next generation accomplishes, but if we were able to bring the school back to life after the tornado, I know that there is no limit to what the future will hold.