The ever-changing world of a butterfly garden 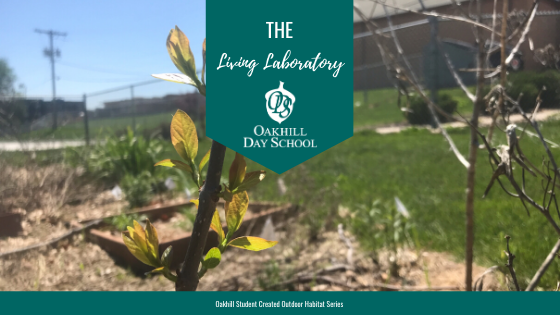 A lot can happen in a week. Today, we bring you the headlines from a very local piece of earth we call the butterfly garden.

The garden is a place of dramatic and sometimes subtle events. Some happen so fast they can be missed entirely.

I surveyed the plants in the butterfly garden on April 27 before last week’s blog post; by April 29, the survey's findings were already out of date.

Although two other species had flowers slowly developing, another plant snuck in to secure the honor of first shrub to flower and first flower of the garden this year. A type of wild cherry that had showed no signs of flowering on Monday developed flower buds by Wednesday that then opened up by Friday. It is the first of our nine different shrubs to flower; in the years to come, these shrubs will grow to be the backbone of the whole garden structure.

Our most abundant shrub, buttonbush, seemed to thrive last year. Earlier this spring, leaves had already started coming out but then after a week in early April when we had three nights of below freezing temperatures, they stopped showing any signs of life. The little leaves looked dead as if they had burned to a crisp. As of last Monday, April 27, I was still worried that the buttonbush might not come back. Our survey indicated that all six buttonbushes were either dead or status unknown.

On April 29, I noticed they had the smallest of leaves forming. By May 3, all six of our button bushes seemed triumphant with their rapidly growing leaves!

I worked with our wood chip pile on Wednesday and I noticed nothing unusual. However, on Sunday I saw this strange mass on the wood chips.

I believe it is a type of slime mold and this is its reproductive structure. Spots of bright yellow can still be seen, but in the previous couple days the whole thing would have all been that bright color. I missed that bright yellow mass between Wednesday and Sunday only to catch the mass faded to this darker orange. In just a few more days time or perhaps after Monday’s rainstorm, it will have released its spores and there may be no visual evidence of it remaining at all!

Join us again next week for another visit to the garden!